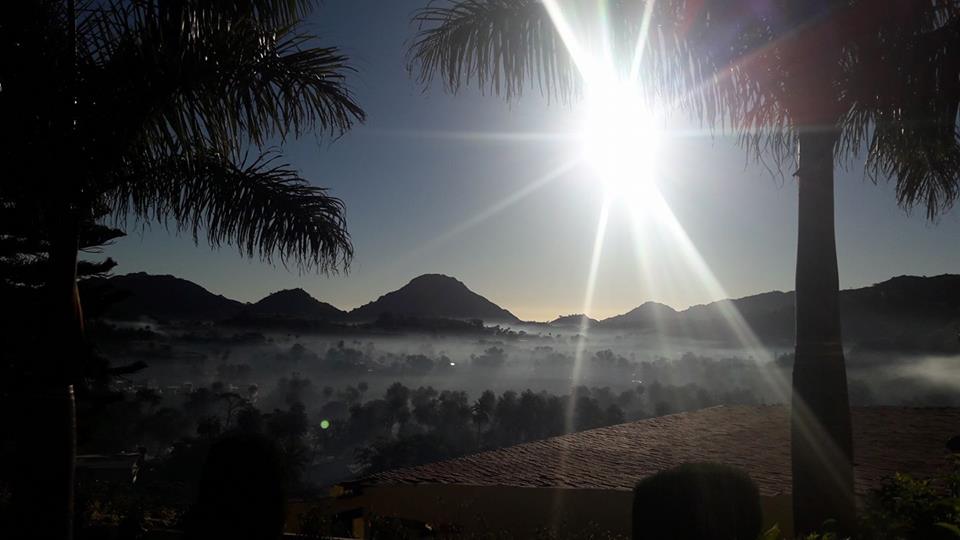 The trip of Rajasthan continues…

We drove from Jodhpur to a desert camp in a place called Manwar. On the way we met villagers who stay in the barren land. The occupation of most people is blacksmithery. I captured a picture of the cute baby in the village. 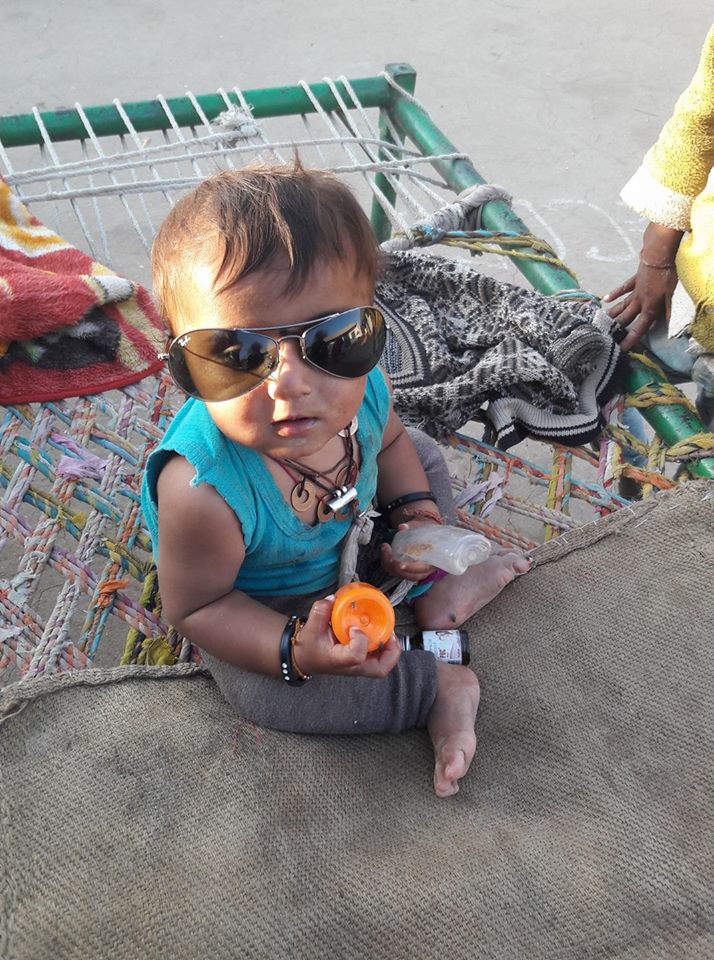 The sunset en route to the camp was beautiful.

Finally we reached the desert camp – it was wonderfully managed. There were tents for every family and all necessities were arranged for including air conditioner and heater. The bathrooms were exceptionally beautiful and everything was clean and tidy. That is my shadow in the picture. 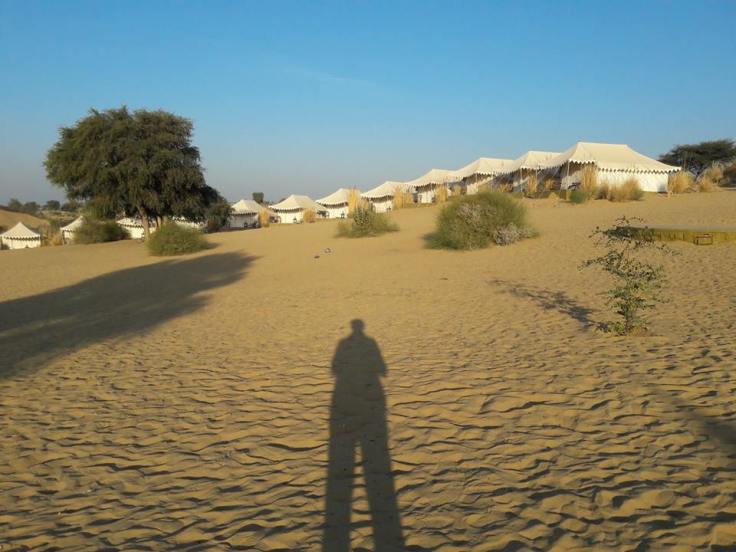 After a night’s stay with some good food and cultural dance and singing, we set out for the hill station of Mount Abu. On the way we stopped at a strange temple called Om Banna temple. This is a temple where the deity is a – hold your breath – motorcycle.

After a long drive we reached Mount Abu. The hotel was originally a  palace converted to a hotel. The rooms were old style but cozy. The temperature was chilly and we needed sweaters to keep ourselves warm. Next morning, I woke up early to capture the beauty of the place. The pictures are sufficient – I need not waste time with words 🙂

Then we went for boating in the Nakki Lake. There were beautiful birds perching on a rock in the middle of the lake. 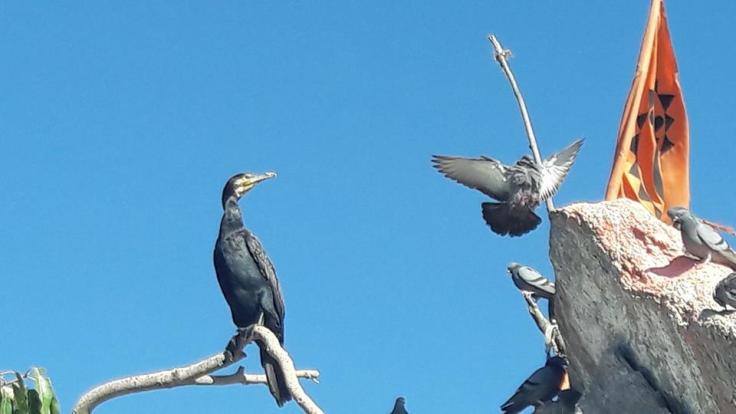 The sunset was equally breath taking!

Next morning, we started for Udaipur. On the way we visited the temple of Nathdwara devoted to Lord Krishna. To my amazement, I found a shop that served Bhaang. Bhang is an edible preparation of cannabis and the temple area is authorized to serve it to the devotees.

We passed through Haldighati where the famous battle between the Mughal Emperor Akbar and the Rakjput King Maharana Pratap was fought. Haldi means turmeric and the color of the soil resembles that of turmeric.

We started on our journey and reached Udaipur after a long journey of 4 hours. I felt the world swinging around me later in the night 😀

Next morning, I was a bit sane and we went around Udaipur. First we visited the Chittorgarh Fort. It hosts the famous Kirti Stambh and the Vijaya Stambha shown below.

Both the structures were repeatedly destroyed by foreign invaders but their glory still remains intact. They stand tall proudly representing the grandeur of the times they were built in.

Then there was the wonderful Shiva Temple in the fort where the queens used to do their daily prayers. 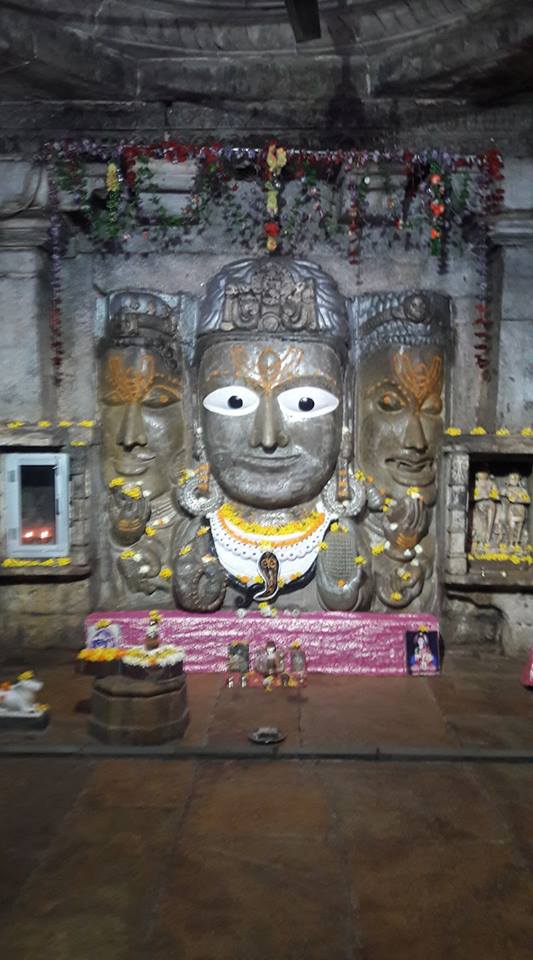 The final day we visited the Udaipur City Palace. Its a beauty – magnificent pristine structure. 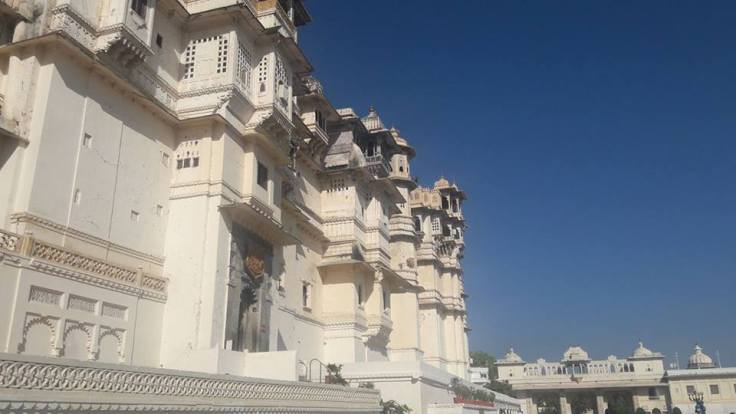 We could not visit the Jag Mandir Palace but I could catch a glimpse of it and captured it in my camera. 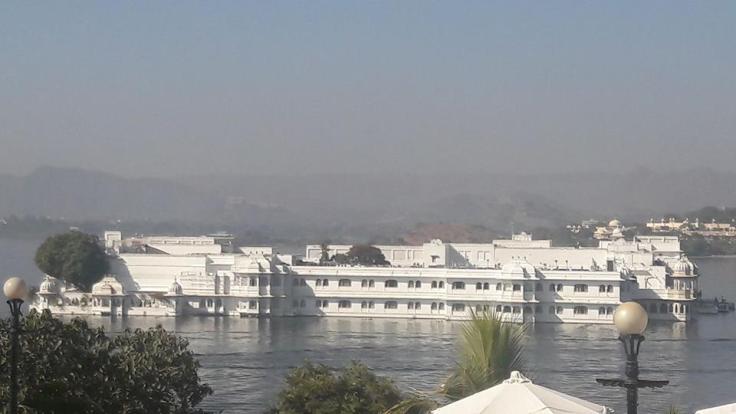 That completed our journey of Rajasthan. We set out for the airport to head back to our homes – sad that the journey was over – but with the memories of the wonderful sights and places we had covered in the week. I vowed to return once again to the places we had already seen and the ones that we could not visit in this trip.

That’s all for today. Chow from the molecule